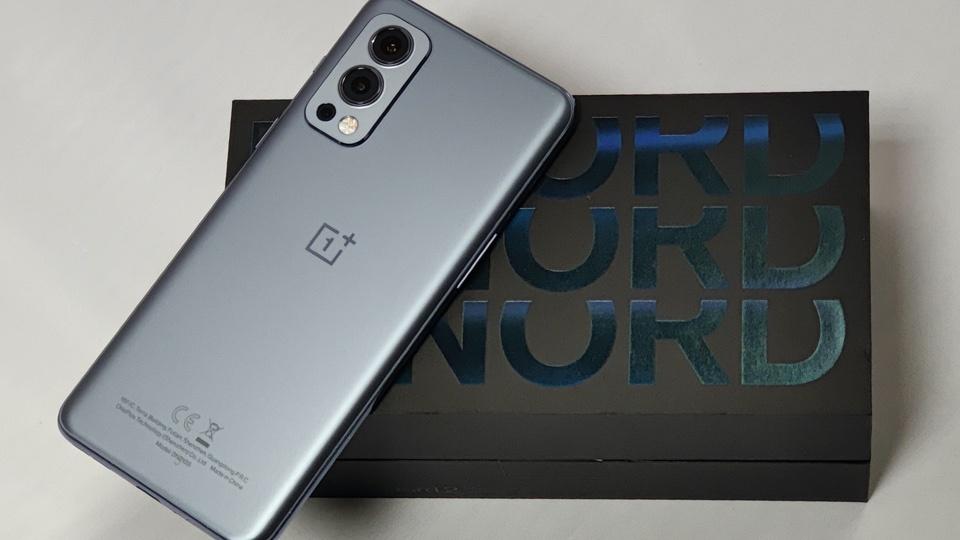 OnePlus has recently launched the successor of the original Nord the Nord 2. They have also announced the merger of Oppo and OnePlus as well. How much the Nord 2 is changed after the merger? What are the specifications and should you consider buying it we’ll talk about it here.

The OnePlus Nord 2 looks identical to OnePlus Nord 9R and 9. OnePlus has cut some corners in the Nord 2. The frame of the OnePlus Nord 2 is made of plastic although it is hard to tell the difference in the images but keep in mind it will wear worse than its metal counterpart. The phone is 189 gm in weight and has good weight distribution.

The phone is solid in terms of build quality. In the front and back, there is a gorilla glass 5. It has 2.5D on the front almost a flat screen and a rounded back which can help you hold the phone better.

The back has a matt finish which is really nice and feels premium. You won’t see any fingerprints or smudges at the back after using it for a while.

It has three cameras at the back and one selfie camera which we will talk about in detail in the camera section. OnePlus Nord 2 also has stereo spekers. It doesn’t come with a headphone jack neither they provide a USB C to 3.5mm dongle in the box.

The buttons are at the usual places. The volume rocker is on the left and the power/lock button is on the right. Unlike Nord CE the phone also has an alert slider. The alert slider on is easy to grip and you can toggle between different modes with just one hand. The alert slider on the OnePlus 6t was worse you couldn’t control it just one hand and on the 7 Pro, it was perfect. For some reason on the 8 Pro, the slider was extremely loose. You could trigger it by just putting the phone in your pocket.

The Nord 2 has an in-display fingerprint sensor to unlock your phone, which in my opinion works flawlessly now.

The OnePlus Nord has a nice 6.43″ Fluid AMOLED 1080p display. The display looks good from every angle. It has 440 PPI pixel density and the content looks sharp. I did not see any green tint issue even in low light. The display is also a high refresh of 90 Hz which makes the scrolling smoother. With the 85.5% screen-to-body ratio the phone looks great, it has minimal bezels all around. The thickness of the bezels in the bottom is a little bit extra as compared to the OnePlus 9.

The phone was fluid while using it. Nord 2 has an HDR 10 + certified display, but I found it not working on Netflix although I saw Netflix showing Wildvine L1 but the HDR capabilities were off. On the YouTube app, I was able to play HDR content, I think this is something OnePlus can fix in future software updates.

The Oxygen OS is known for its performance from the beginning and it still never failed to impress. While using the phone I did notice there were some stutters, but it was very rare and with a new software update it is going to be fine.

OnePlus Nord 2 has a MediaTek MT6893 Dimensity 1200 SOC in it, which is based on a 6nm architectured. The performance is nice when you combine it with OxygenOS. The games were smooth I could not check the fps but I did not see any lag after playing a lot of games. The BGMI runs on smooth and high settings. The phone was slightly hot after playing games for one hour.

There are a couple of things I notice that I want to talk about. When I was setting up the phone It was asking for numerous permission to install the apps. After the phone was set up I look for an update (that’s the first thing I do). So there was an update and I installed it, now while the phone was in the process of completing the update I found it was showing something in Chinese, which is weird. After setting it up I checked the apps were working normally until I open the camera app. It was completely different, first, the camera app was asking for contact permission and it simply refused to open so I had to manually go to the setting of the camera app and gave the contact permission. After that, I was welcomed with a new UI which I have never seen in any OnePlus phone. So I figured it was all happening because of Oppo and OnePlus sharing their code base of the operating system.

The battery is decent on OnePlus Nord 2, at least on paper. It has a 4500 mAh non-removal battery. The phone easily lasted a day in medium to high usage. It gave me 6:12 hours of screen on time on a heavy day usage and when I did not use it for some time it was not draining the battery as rapidly. The phone gets charged from 0 – 100 in just 34 minutes in my test when you plugged in with the proprietary charger. Nord 2 also heats a lot when I put in a charger on, especially when I was charging from 0. For a few minutes, the phone was really hot, this is something that will degrade the battery even faster.

As I’ve mentioned before the phone has three cameras at the back and one selfie camera. Because of it, the phone looks like a flagship OnePlus 9. The main camera of Nord 2 is 50MP f/1.9 and has optical image stabilization. It clicks nice pictures, especially in daylight. The picture looks sharp but the white balance is hit and miss. The HDR is nice but again not all the time. Photos at night from the main camera are also fine. The second camera is of 8MP f/2.3 and gives you a 119° field of view. When you click the picture from the wide-angle you’ll see a huge shift in colors, everything looks pale and pictures are soft. I would recommend using the ultra-wide only in daylight. The last one is just a bad 2 MP f/2.4 monochrome. I don’t know who is going to use this camera but it is there. The camera app itself has many new features like AI enhancement, different color modes and more. The best part is you still have access to click the picture in full control with the pro mode.

As per the price the Nord 2 is a good smartphone. If you are ok accepting those shady terms and conditions and giving the camera contact permission. For an avarege user, the phone is good you can play games use fast charging and enjoy the fluid 90 hz screen. The huge 6.43″ AMOLED screen is nice for media consumption. I like the phone overall.

Motorola Razr 2019: Everything you need to know about

Everything You Need to Know about OnePlus 7T Pro

Best Smartphones Under 10,000 In India

Vivo V17 Pro before you buy